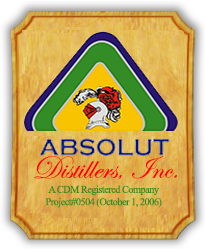 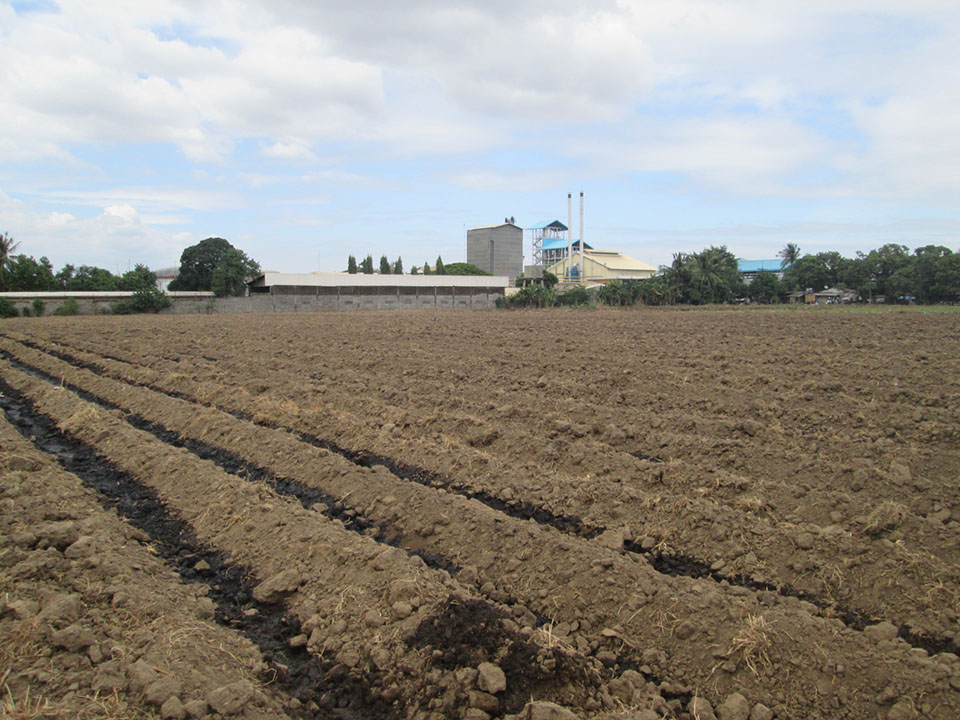 The distillery effluent, which is customarily regarded as a dire environmental threat due to its high organic load, is presently being used as liquid organic fertilizer for sugarcane. It is a by-product of natural fermentation of molasses to alcohol. After it had undergone natural fermentation, molasses doesn’t lose its content of minerals, macro- and micronutrients, residual sugars and proteins that improve soil conditions and subsequently increase sugarcane yield. Organic in nature, distillery effluent does not contain toxic and hazardous materials otherwise the yeasts used during fermentation process will not survive.


ADI is the first distillery to be recognized, duly registered, and licensed by the Fertilizer and Pesticide Authority (FPA) to use distillery effluent as fertilizer, hence the ADI Comprehensive Fertilization Program. Under the program, farmers have free utilization to the fertilizer delivered to their fields through tanker trucks. Owing to the success of this program, the Biofuels Law (2006) adopted fertilization as the treatment of choice for the other distilleries.


Donation of Medicines to Brgy. Malaruhatan 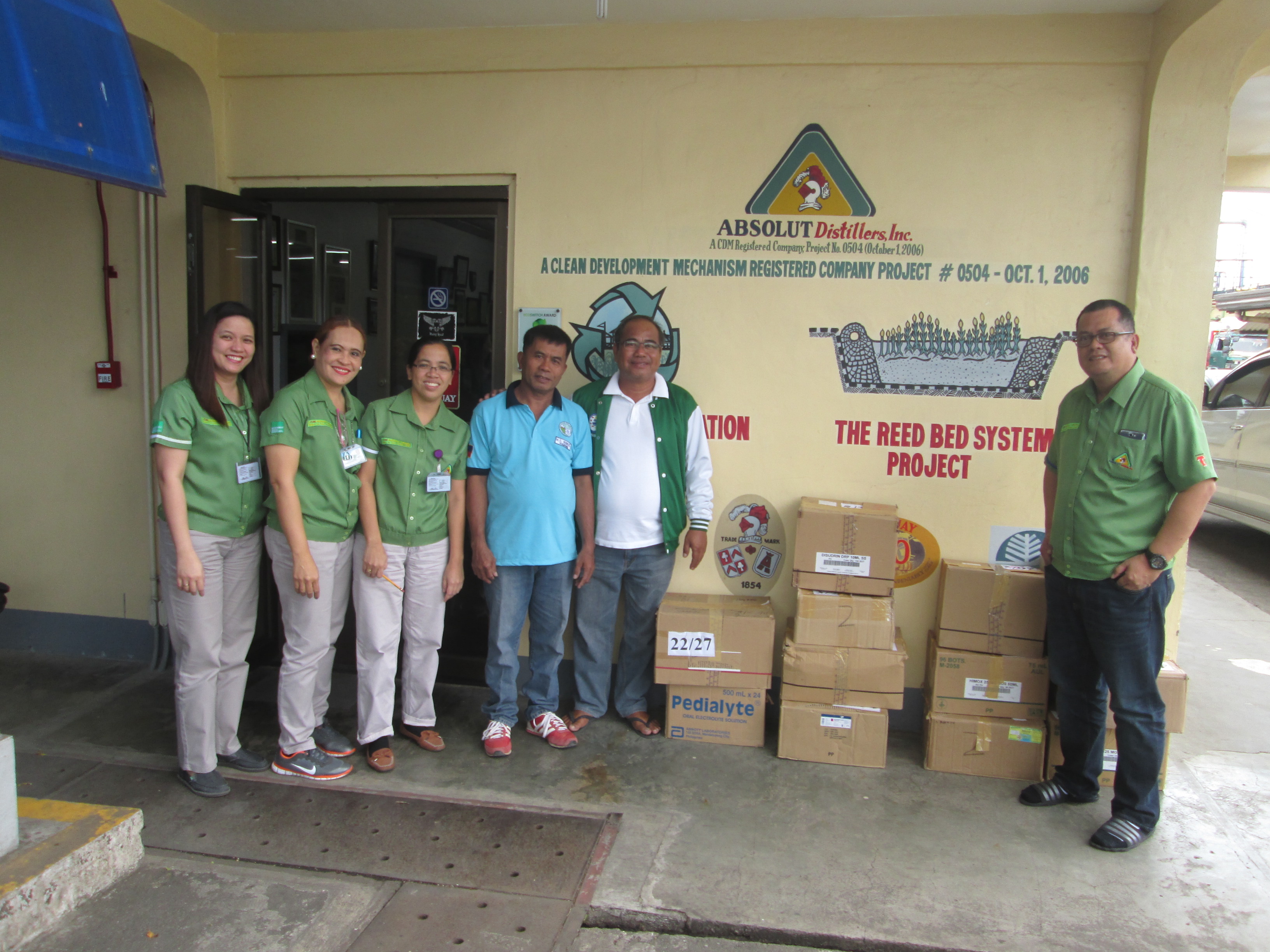 The company that has a generous heart for the community, ADI once again displayed its goodwill during the simple turnover of the medicine donations to Brgy. Malaruhatan, Lian held last March 2, 2016 inside the plant premises. Chairman Peter Tolentino of Brgy. Malaruhatan received the medicines from ADI officers during the said turnover. The medicines will benefit the barangay residents, especially the less fortunate ones. 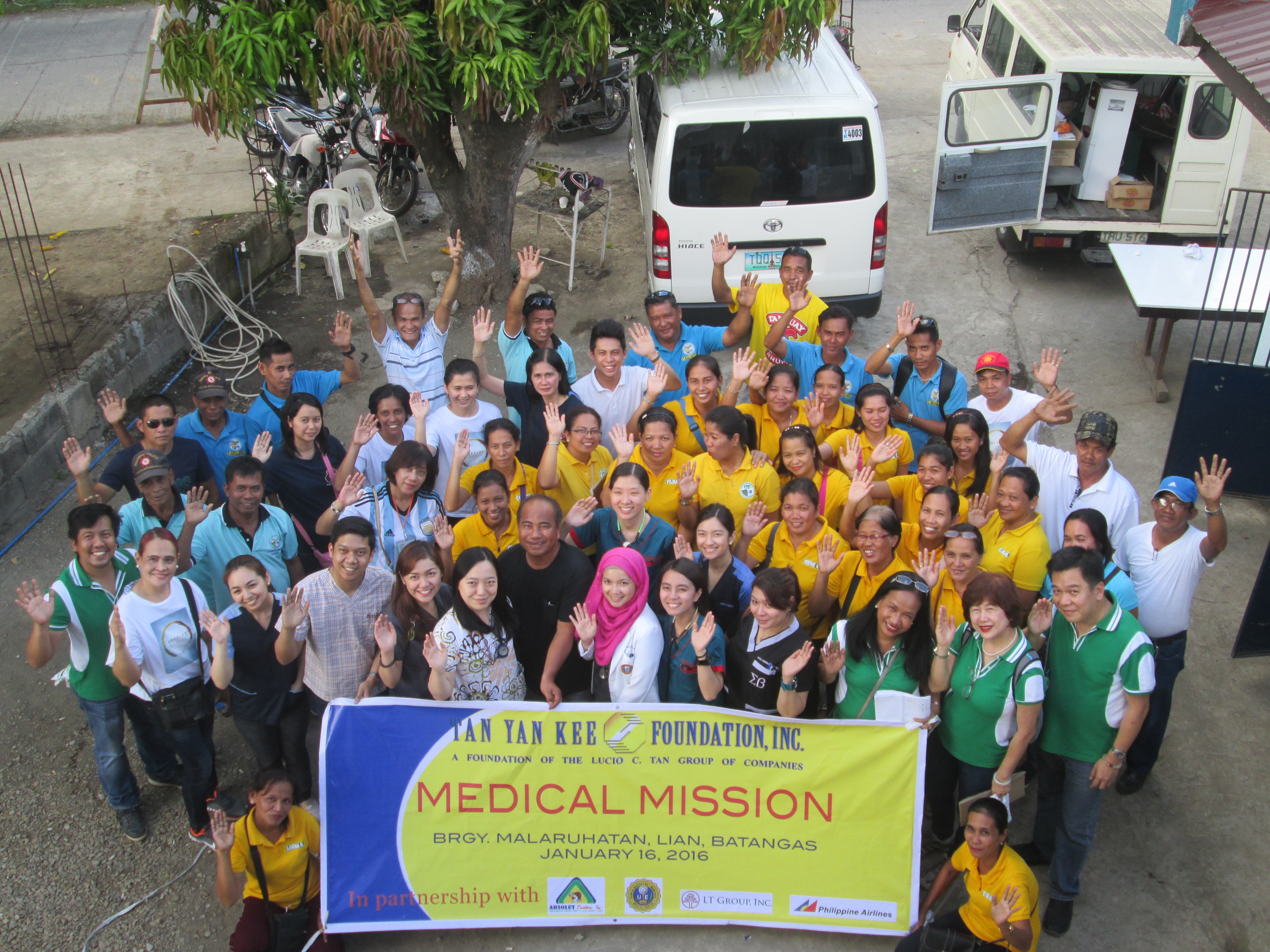 As part of the company’s corporate social responsibility, Absolut Distillers, Inc. (ADI), together with Tanduay Distillers, Inc. (TDI), the Tan Yan Kee Foundation, Inc. (TYKFI), and the University of the East Ramon Magsaysay Memorial Medical Center (UERMMMC), welcomed the New Year with a medical mission for the residents of Brgy. Malaruhatan, Lian, Batangas. Barangay officials also took part in the said event, providing assistance both to the doctors and residents. Doctors, whose fields of specializations are pediatrics, general medicine, and OB-gynecology, provided free check-ups for the residents. Around 500 residents received free medicines and vitamins during the said event.

The said medical mission was held at the barangay multipurpose hall last January 16, 2016. 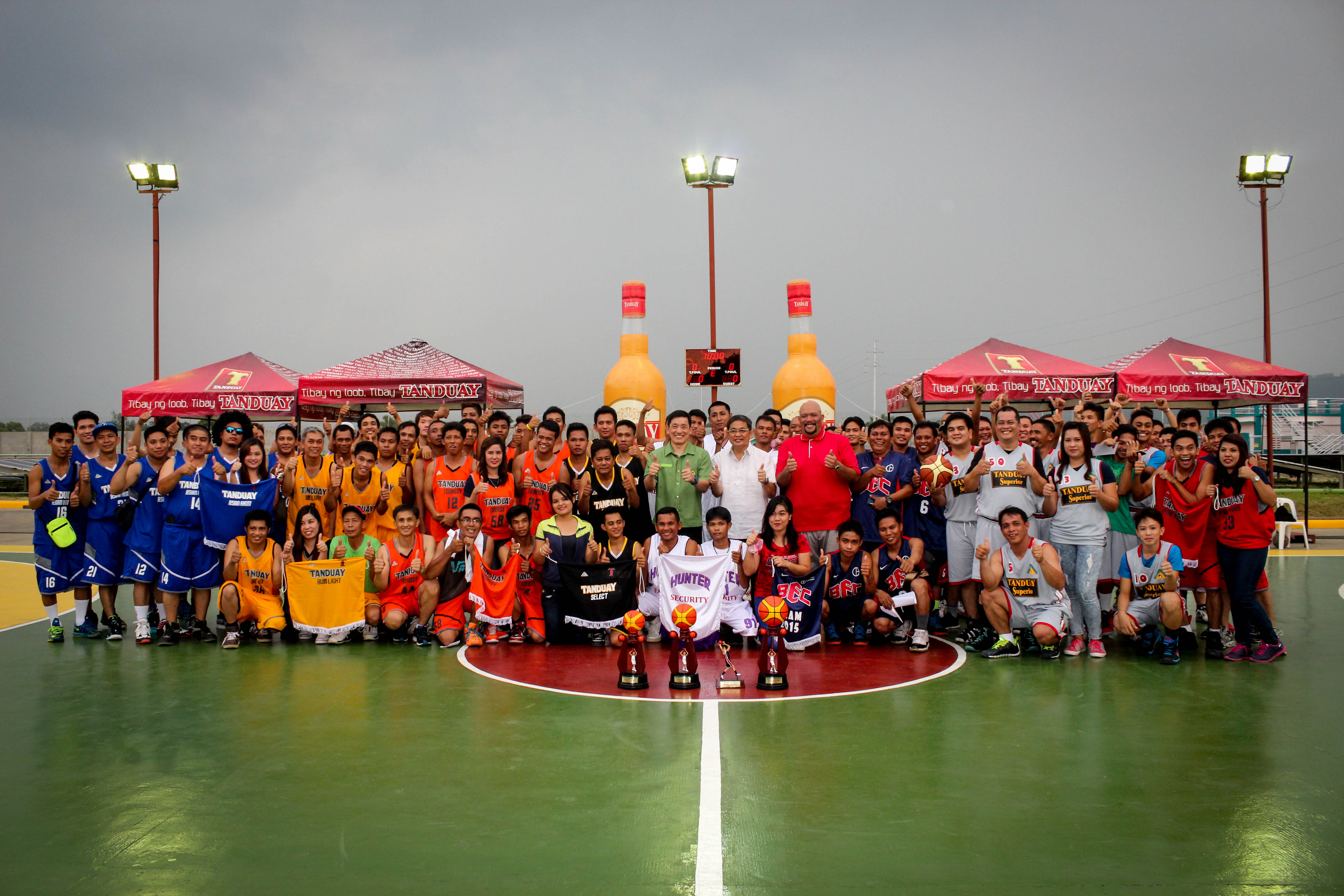 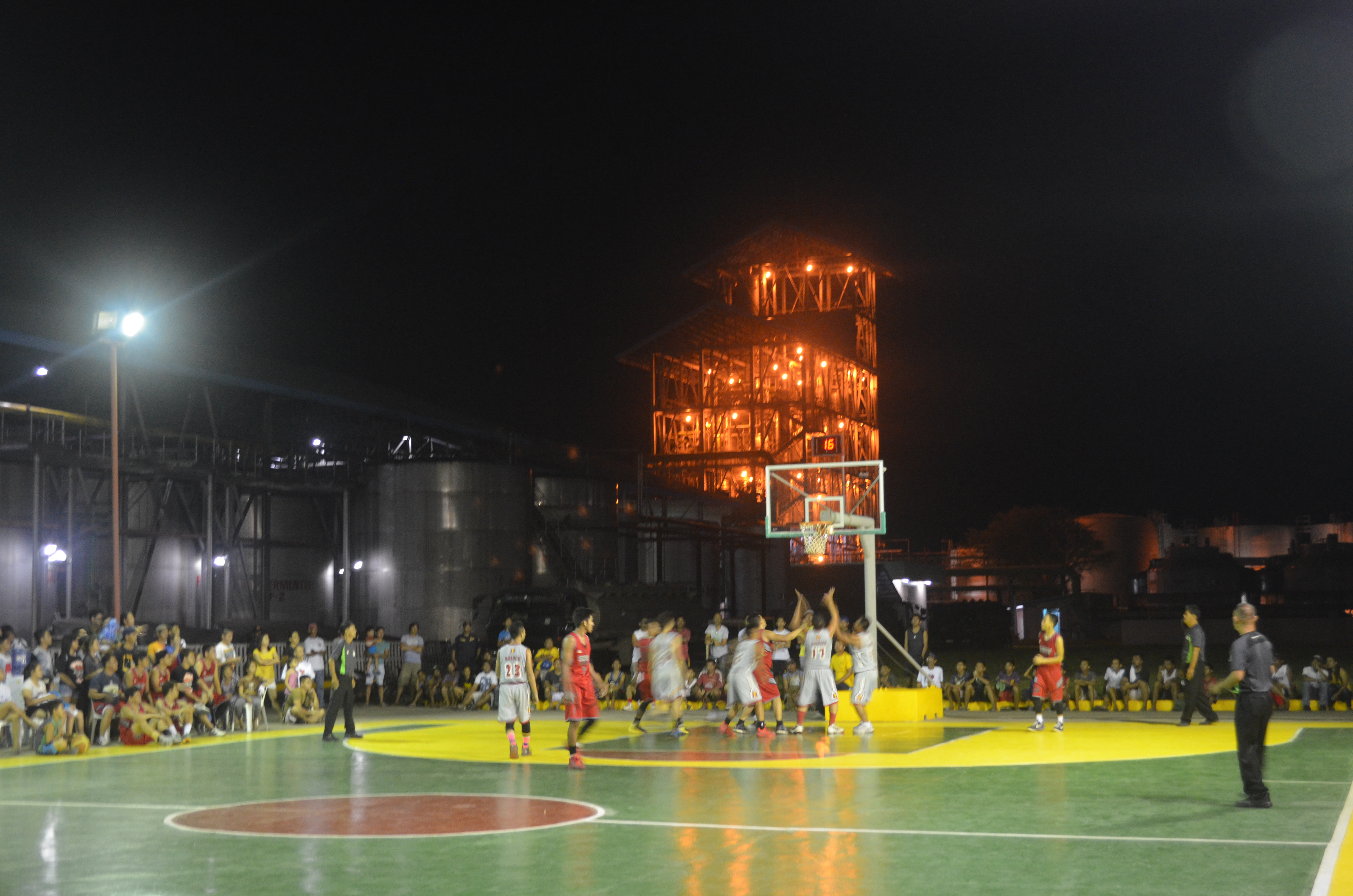 To help break the monotony of work in the plant, Absolut Distillers, Inc. (ADI) with the support from Tanduay Distillers, Inc., has organized and sponsored its first ever Inaugural Invitational Basketball Cup. The tip-off ceremony was held last August 28, 2015 inside ADI’s plant premises at Malaruhatan, Lian and was attended by the Municipal Mayor of Lian, Hon. Isagani Bolompo and Absolut Distillers COO and Overall-In-Charge of LTGC Distillery Operations Engr. Gerardo Tan Tee.

Nine teams, namely Tanduay Rum Light, Tanduay Superior, Tanduay Embassy, Tanduay and Asian Rum, Tanduay Five Years, Tanduay Select as well as the guest teams Build Erect Corp., Hunter Security Agency, and the Lian PNP, have participated. Each Tanduay team is composed of ADI employees and some selected residents of Lian who showed skills and stand out during the try-outs. Fierce competition has raged on during the whole tournament as every team battled each other, trying to overpower their opponents with great shooting, awesome ball handling, and passing. At the championship match of the tournament, Tanduay Superior and Tanduay Five Years clashed for the crown, with the former emerged as victors and champions.

Through basketball, ADI was not only able to promote healthy recreation for its employees. It was also able to reach out to members of the community in a great and productive way. 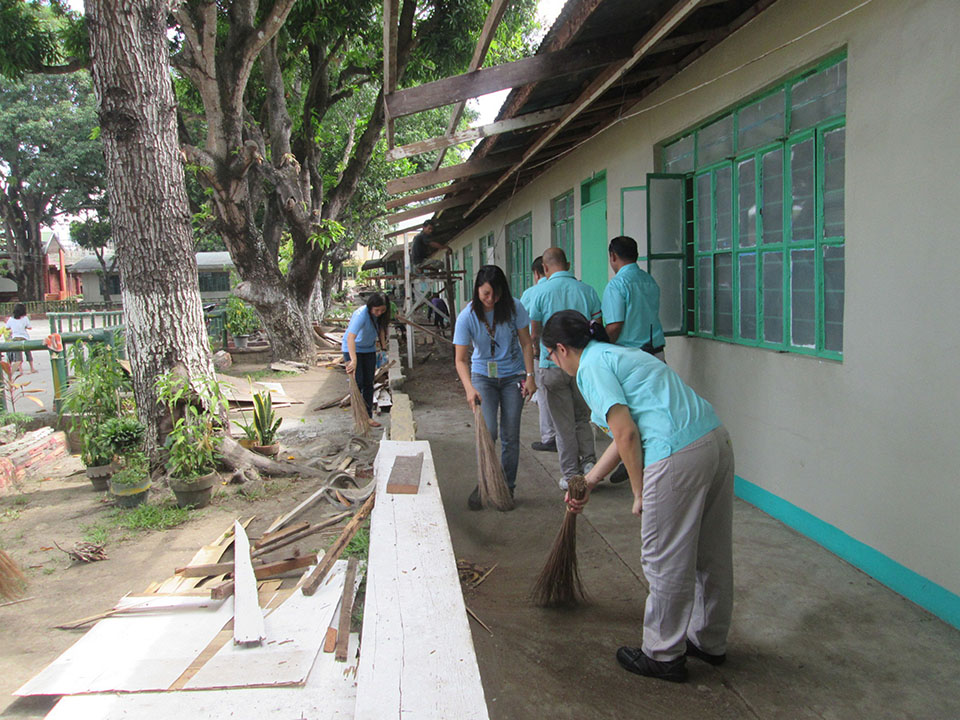 In pursuit of fulfilling its corporate social responsibility, ADI had extended its hand in establishing rapport within the community and this was once again demonstrated as ADI joined this year’s Brigada Eskwela, also known as the National Schools Maintenance Week, which aimed to create a clean and resilient learning environment for students. Lian Central School saw the action of dedicated employees of ADI in helping out teachers, parents, and students in promoting safe school environment. ADI employees swept patios, wiped windows sills and bulletin boards, and promoted waste segregation during the course of this activity. 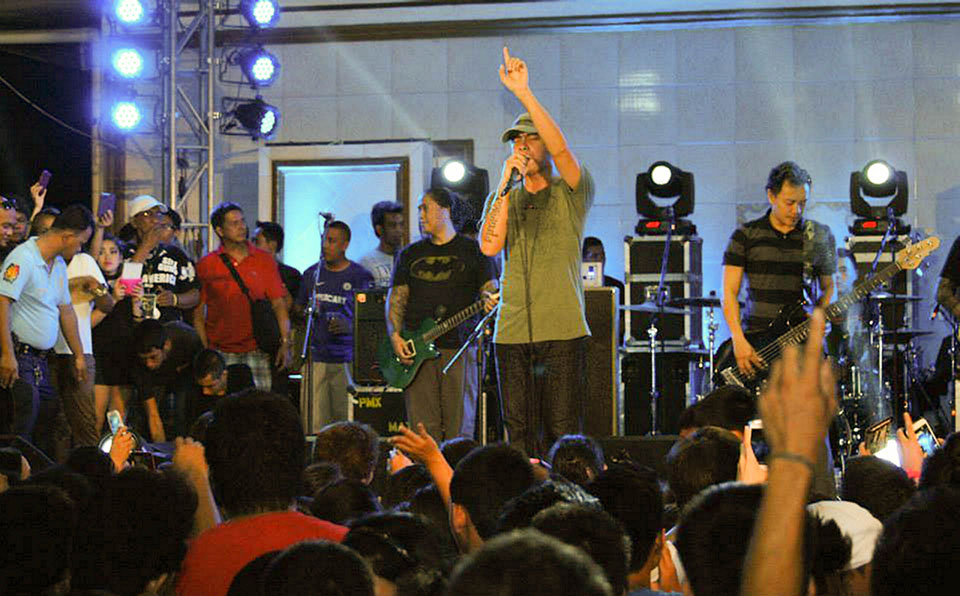 For the residents of Lian, the month of June is no ordinary month. This month, particularly the 24th of June, marks their celebration of the birth date of St. John the Baptist, the town’s patron saint. Colorful banderitas all over the town proper make the ambience livelier and adding to that are the flea markets along the main road selling different goods, from foods, clothing and footwear, toys, and other commodities from the different barangays.


ADI-TDI had joined up the celebration and made this year’s fiesta into one like no other the Lian residents had experienced. On the eve before the fiesta, everybody hurriedly made their way to the town plaza not just to watch out but to cheer and shout for Parokya ni Edgar. The excitement was apparent as the town plaza got jam-packed early and more people were still heading their way inside, pushing and shoving anyone just to get a clear, perfect view of their favourite band. With their gadgets rolling, capturing the rare moment, they sang their favourite Parokya songs with Chito Miranda, the band’s vocalist, and dance to the accompaniment of the band’s music.

Indeed, ADI-TDI has made a great sponsorship in this year’s fiesta making this event a generous way of giving back and supporting the community and at the same time practicing one of the company’s corporate values, the concern for the people. 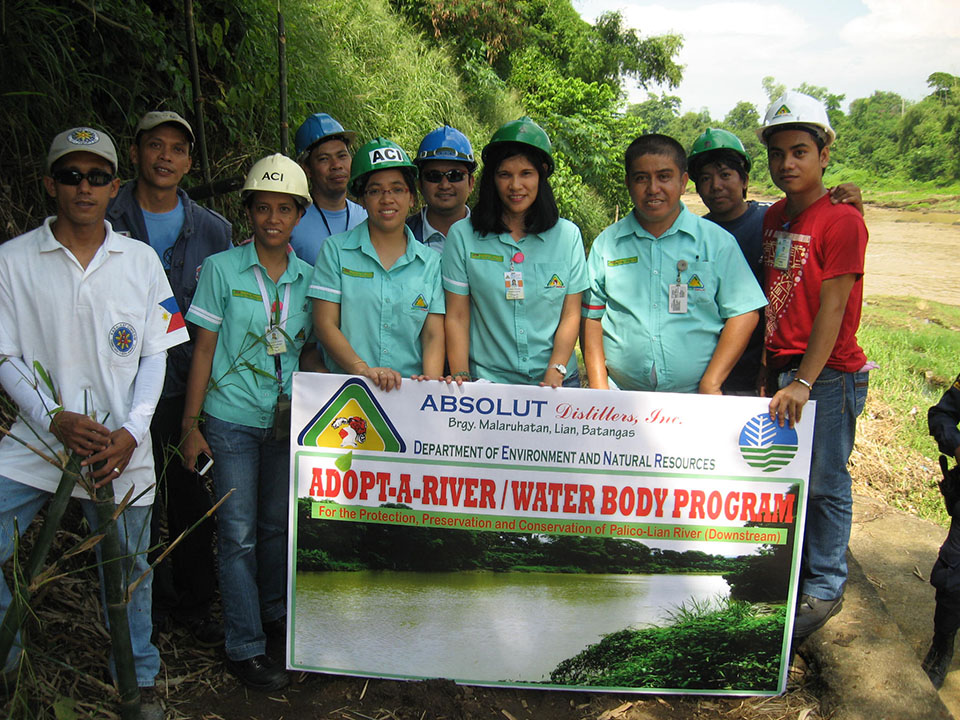 “...mindful of their role in protecting the environment and the community...”, stated a portion of ADI’s company mission and this had been proven anew as ADI participated in the Adopt-A-River/Water Body Program of the Department of Environment and Natural Resources. The said program, whose aim is the protection, preservation, and conservation of the Palico-Lian River downstream, was responsibly engaged by ADI employees as they cleaned the river bank and conducted tree planting. 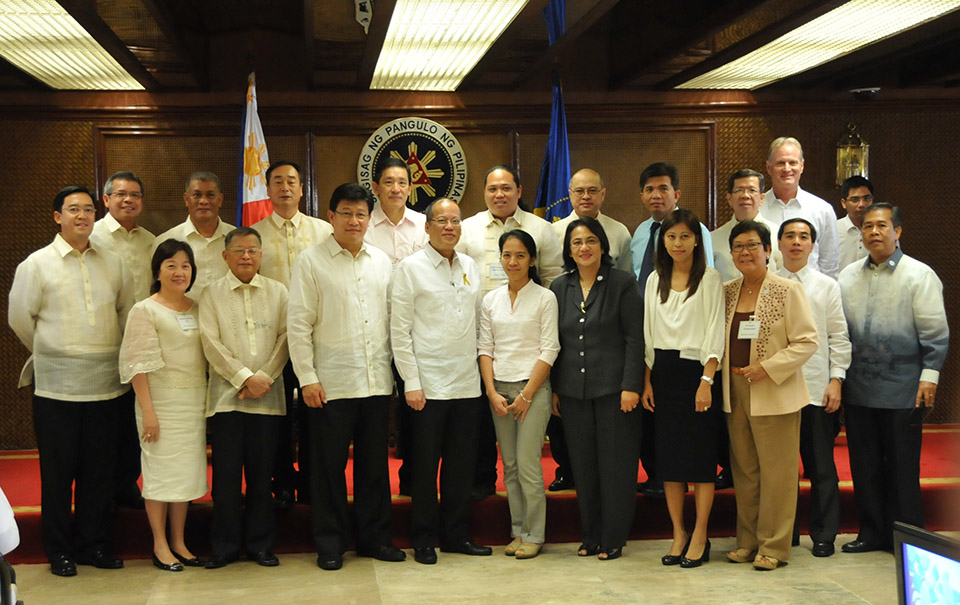 The declaration of commitment was held at the Malacanang Palace and witnessed by no less than His Excellency President Benigno Aquino Jr. 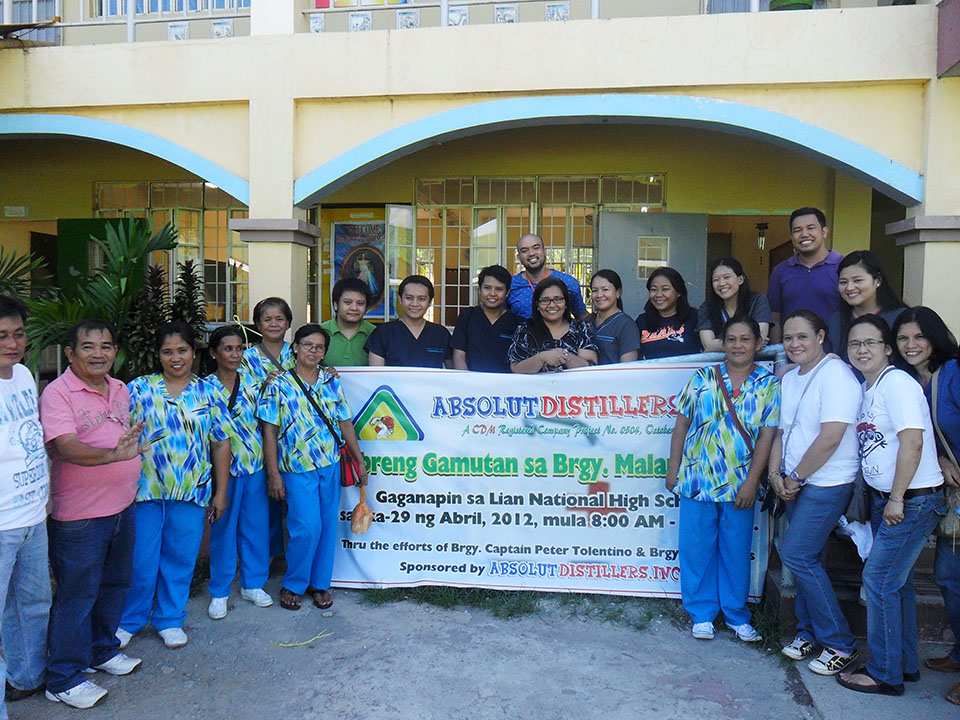 In a gesture of concern and support to the residents of Brgy. Malaruhatan in Lian, Batangas, Absolut Distillers, Inc., in cooperation with Barangay Chairman Peter Tolentino and the barangay council, had sponsored a medical mission last April 29, 2012 held at Lian National High School, Malaruhatan, Lian, Batangas. Residents of Malaruhatan flocked to the venue to have free access to health check-ups and medicines. Likewise, parents gained awareness on how to take more care of their family’s health, receiving pieces of advice from nurses and doctors. 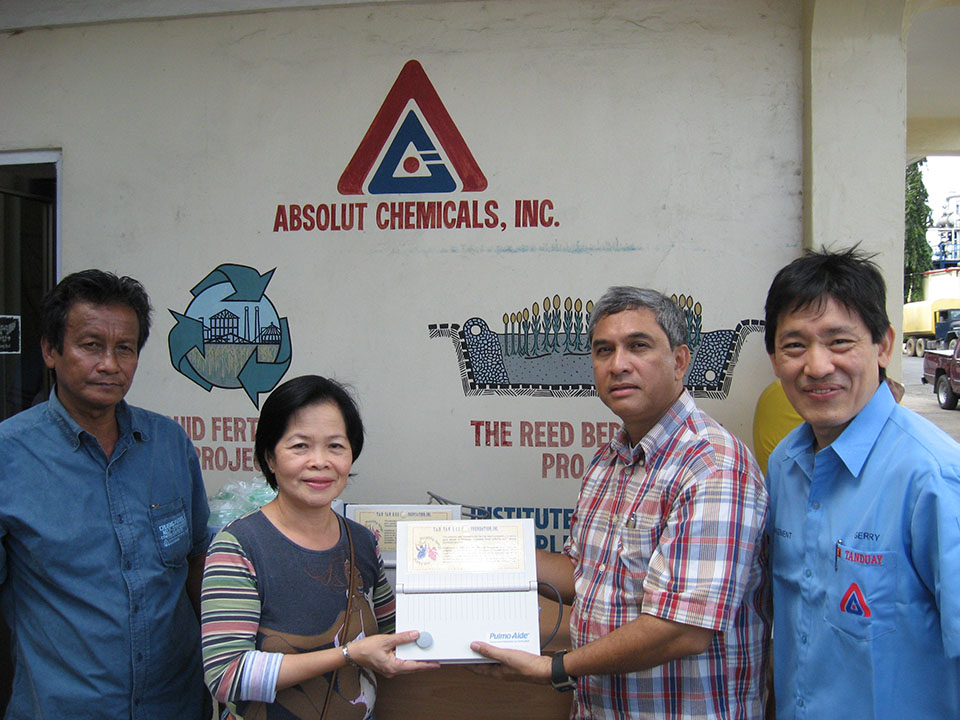 Tan Yan Kee Foundation, Inc., in cooperation with ADI and the Lian Local Government Unit, donated nebulizers for the good people of Lian, especially those suffering from various respiratory ailments. This was held at the premises of Absolut Distillers, Inc. last January 20, 2009. Witnessing the turn-over (from left to right) are Mr. Loreto Cabali-Barangay Chairman of Malaruhatan, Hon. Osita Vergara-Mayor of the Municipality of Lian, Mr. Wilson Young-Chief Operating Officer, and Mr. Gerardo Tan Tee-ADI General Manager.